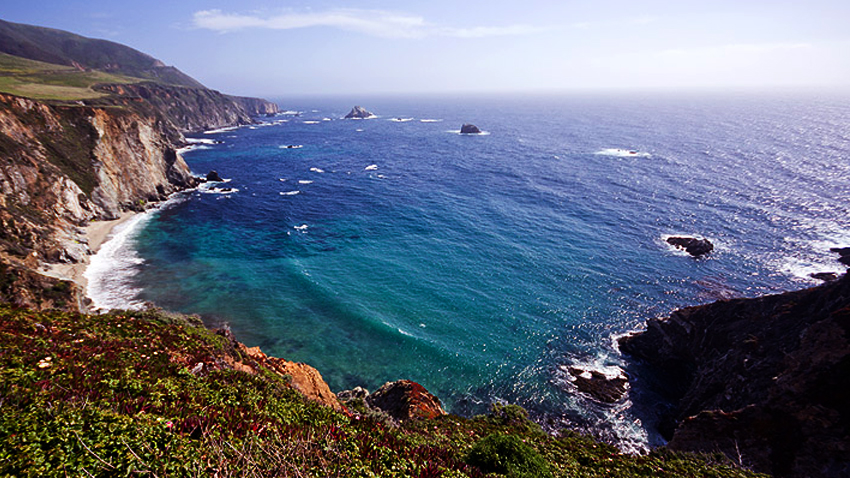 Up and down the Pacific West Coast is a treasure trove of beautiful destination with glorious scenic routes. Take a ride on our Coastal Tours to historical and gorgeous locations. From San Diego to Santa Barbara, there are amazing locations that will remind you how lucky we are on the West Coast! No matter the destination, you are always treated to the many coastal and desert scenic tours along the way.

The San Diego Zoo, located at Balboa Park, San Diego - houses over 3,700 animals of more than 650 species and subspecies. With membership of more than 250,000 and 130,000 child memberships, San Diego Zoo Global is the largest zoological members and association in the world. San Diego Zoo pioneered the open-air, cageless exhibits that re-create natural animal habitats. It is one of the few zoos in the world that houses the giant panda. In 2013, the zoo added a news Koalafornia Adventure, providing an Australian experience. Enjoy a day watching the monkeys playfully swinging around, take in the playful and cuddly pandas, or sit back and people watch. San Diego Zoo is a fun packed day of adventure and leisure, entertaining the entire family with lots of options and things to do.

For the more adventurous at heart, the San Diego Zoo Safari Park, known as the San Diego Wild Animal Park until 2010, is an 1,800 acre zoo in the San Pasqual Valley are of San Diego, near Escondido. It is one of the largest tourist attractions in San Diego County. The park houses a large array of wild and endangered animals includes species from the continents of Africa, Asia, Europe, North and South America, and Australia. The safari park is home to amazing wild animals including antelopes, giraffes, buffalo, cranes, and the rhinoceros. The park is also noted for its California condor breeding program, the most successful such program in the United States. Choose from a variety of safari excursions to fill your day with excitement while getting up close and personal with the local wildlife. Dare to immerse yourself into the wild adventures awaiting you at San Diego Zoo Safari Park.

With the Santa Ynez Mountains as a dramatic backdrop, Santa Barbara is a city on the central California Coast. The city's Spanish colonial heritage is reflected in Downtown with its Mediterranean-style white stucco building with red-tile roofs and historical architecture. Lining State Street are upscale boutiques and restaurants offering a variety of wineries and seasonal flare. On a nearby hill, Mission Santa Barbara, founded in 1786, houses Franciscan Friars and a small museum. With its beautifully lush greenery, majestic coastline and relaxing feel, Santa Barbara is a fantastic getaway just a few short miles away from the Los Angeles metro area.

A National Historical Landmark, Hearst Castle mansion is located on the Central Coast of California. This well traveled tourist attraction was designed by architect Julia Moran between 1919 and 1947 for newspaper magnate William Randolph Hearst, who passed away in 1951. Hearst Castle open to tourists in 1958 and since that time it has been maintained within the Hearst San Simeon State Park where the estate, and its considerable collection of art and antiques, is open for public tours. Despite its location far from any urban center, Hearst Castle attracts millions of travelers each year. Hearts formally named the estate "La Cuest Encatada" - The Chanted Hill, but usually called it "the ranch". Hearst Castle and grounds are also sometimes referred to as "San Simeon" without distinguishing between the Hearst property and the adjacent unincorporated area of the same name. The term "Castle" is a bit of a misnomer when it refers to Hearst Castle, as it really is a group of mansions.

Founded in 1911 Solvang and sitting on almost 9,000 acres of the Rancho San Carlos de Jonata Mexican land grant, by a group of Danes who traveled west to establish a Danish colony far form the midwestern winters. The city is home to a number of bakeries, restaurants, and merchants offering a taste of Denmark. The architecture of many of the facades and buildings reflects Copenhagen, as well as one featuring the bust of famed Danish fable writer Hans Christian Andersen. A replication of Copenhagen's Round Tower or Rundertan was finished in 1991 and can be seen in the town center. Mission Santa Ines, one of the California missions and National Historic Landmark, is located near the center of the town, at the junction of State Route and Alisal Road.