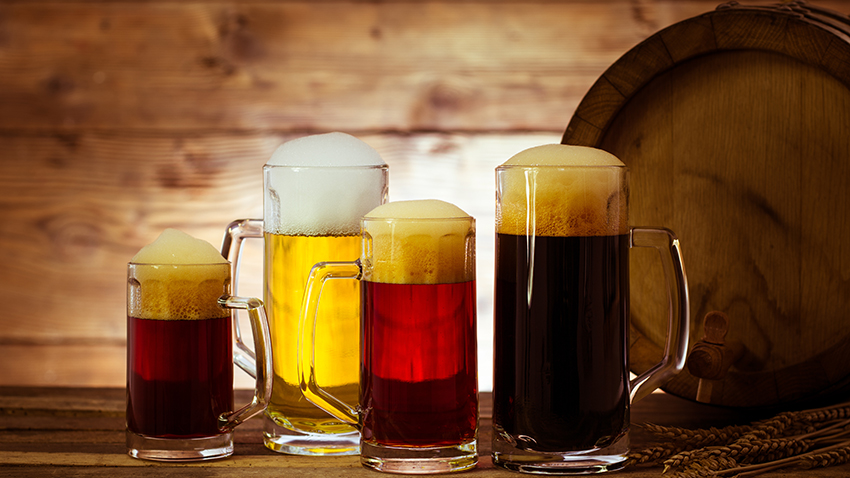 Not a wine afficionado? Well ok! Join us on one of our craft brewery tours in gorgeous San Diego.

Enjoy a day of sampling a variety of award-winning beers! San Diego takes great pride in their craft beer, with over 100 craft breweries and a thriving beer enthusiast culture you won't run out of choices any time soon.

With so many breweries in San Diego, we can plan several tours and never hit the same brewery twice! So, c'mon out and and joins us for a day filled with all the hops you can taste while enjoying all the flavors San Diego's breweries have to offer. We're sure to find soemthing that is just perfect for you. Here are just a few of the well known breweries you will find in San Diego.

In 1986, world-renowned brewer Karl Strauss was approached by his cousin Chris in San Diego to start a local microbrewery. Karl was so passionate about the project that he lent his name, face and voice to the enterprise, and until his passing, remained actively involved. Favorites include the Amber Lager, Red Trolley Ale, Woodie Gold and the popular Windansea Wheat Hefeweizen; a rich ale with banana, clove, and vanilla undertones. http://www.karlstrauss.com

Stumblefoot has set out to make some of the most interesting styles of beer we can think of. We want our beer to be an artisan experience of local flavor. Stumblefoot Brewery is in its first year of joining the ranks of new breweries. Stumblefoot is a name that personifies the boot strap and prototyping format they have done about creating their brewery. The name pays tribute to their willingness to experiment. http://stumblefoot.com/

They like beer. And word on the street is you do too. Best place for beer breaks , dozen of great draft on tap. There’s nothing wrong with that. That’s thinking outside the box right?

Coronado Brewing Company provides handcrafted beers in a family-friendly environment. Their dining area can accommodate luncheon parties of up to 30 people, and offers a large menu, including a kid's menu. Signature brews include the Pt. Loma Porter, Mermaids Red Ale, and their gateway beer, Coronado Golden. Book a facility tour or sign-up for their monthly newsletter which announces special offers that are “brewing.” coronadobrewingcompany.com

Founded by Greg Koch and Steve Wagner in 1996, San Diego-based Stone Brewing Co. is the 9th largest craft brewer in the United States. Stone has been listed on the Inc. 500 | 5000 Fastest Growing Private Companies list 11 times, and has been called the “All-time Top Brewery on Planet Earth” by BeerAdvocate magazine twice. The multifaceted company will be the first American craft brewer to own and operate a brewery in Europe, and is also building a production brewery and destination restaurant in Richmond, Virginia. Brewing at both locations is anticipated to begin in early 2016. Known for its bold, flavorful and largely hop-centric beers, Stone has earned a reputation for brewing outstanding, unique beers while maintaining an unwavering commitment to sustainability, business ethics, philanthropy and the art of brewing. http://stonebrewing.com